Giving a cup of cold water in Jesus name Mark Wakefield says Alabama Baptist Disaster Relief volunteers have been working steadily for a long time as hurricane after hurricane has pounded the Southeast, starting with Hurricane Laura relief in Louisiana in August. And now they’re scattered across the state helping people clean up after Hurricane Zeta rolled through. Zeta made landfall Oct. 28, then cut a swath through the state throughout the night and into the early morning hours of Oct. 29. WORKING LOCALLY Hurricane Zeta left a wide swath of damage across Alabama. While it is widespread, the most severe seems to be west of I-65. Teams are working in several counties. We have set up operations in Clarke and Mobile Associations. Many people are taking care of their own and their neighbors’ needs. In all cases, local associations are working in their areas. Other close by teams are helping where possible. At this time, Ron Warren is

When Robert and Elsie Whittle heard Hurricane Laura was headed right for them, they couldn’t believe it. A tree had already fallen on the back of their home earlier this summer when high winds and tornadoes had torn through their hometown of Leesville, Louisiana. They’d lost their kitchen, and since they didn’t have homeowner’s insurance, Elsie had been cooking on the porch. Now they might lose everything. But they couldn’t think about that — right

Alabama Coast Cleaning Up After Sally

Romar Beach Baptist Church in Orange Beach and Camp Baldwin in Elberta each sustained significant damage as Hurricane Sally made landfall at Gulf Shores in the predawn hours of Sept. 16. Romar Beach Baptist Church suffered extensive damage, inside and out, according to pastor Chris Fowler in a Sept. 17 Facebook post. Windows built to withstand 160+ mph winds were shattered, likely by flying debris, Fowler said, and floor tiles and light poles were damaged. 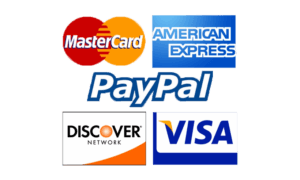